AMBASSADOR SCHOOLS OF THE EUROPEAN UNION 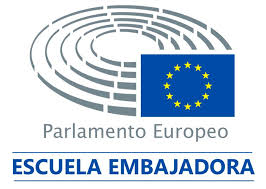 We have been one of the centers selected as Ambassador School of the European Union for this academic year 2021/2022.

It is as much about teaching facts about the European Union as it is about giving the opportunity to experience European citizenship: what the Union means in everyday life and what can be done to make Europe the way its citizens want it to be in the future.